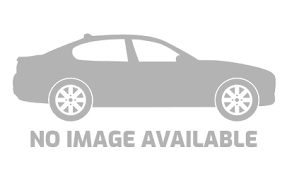 Until recently, the prevailing view assumed lorem ipsum was born as a nonsense text. “It’s not Latin, though it looks like it, and it actually says nothing,” Before & After magazine answered a curious reader, “Its ‘words’ loosely approximate the frequency with which letters occur in English, which is why at a glance it looks pretty real.”

The placeholder text, beginning with the line “Lorem ipsum dolor sit amet, consectetur adipiscing elit”, looks like Latin because in its youth, centuries ago, it was Latin.

Richard McClintock, a Latin scholar from Hampden-Sydney College, is credited with discovering the source behind the ubiquitous filler text. In seeing a sample of lorem ipsum, his interest was piqued by consectetur—a genuine, albeit rare, Latin word. Consulting a Latin dictionary led McClintock to a passage from De Finibus Bonorum et Malorum (“On the Extremes of Good and Evil”), a first-century B.C. text from the Roman philosopher Cicero.

Don’t bother typing “lorem ipsum” into Google translate. If you already tried, you may have gotten anything from “NATO” to “China”, depending on how you capitalized the letters. The bizarre translation was fodder for conspiracy theories, but Google has since updated its “lorem ipsum” translation to, boringly enough, “lorem ipsum”.

One brave soul did take a stab at translating the almost-not-quite-Latin. According to The Guardian, Jaspreet Singh Boparai undertook the challenge with the goal of making the text “precisely as incoherent in English as it is in Latin – and to make it incoherent in the same way”. As a result, “the Greek ‘eu’ in Latin became the French ‘bien’ […] and the ‘-ing’ ending in ‘lorem ipsum’ seemed best rendered by an ‘-iendum’ in English.”

The decade that brought us Star Trek and Doctor Who also resurrected Cicero—or at least what used to be Cicero—in an attempt to make the days before computerized design a little less painstaking.

The French lettering company Letraset manufactured a set of dry-transfer sheets which included the lorem ipsum filler text in a variety of fonts, sizes, and layouts. These sheets of lettering could be rubbed on anywhere and were quickly adopted by graphic artists, printers, architects, and advertisers for their professional look and ease of use.

Aldus Corporation, which later merged with Adobe Systems, ushered lorem ipsum into the information age with its desktop publishing software Aldus PageMaker. The program came bundled with lorem ipsum dummy text for laying out page content, and other word processors like Microsoft Word followed suit. More recently the growth of web design has helped proliferate lorem ipsum across the internet as a placeholder for future text—and in some cases the final content (this is why we proofread, kids).